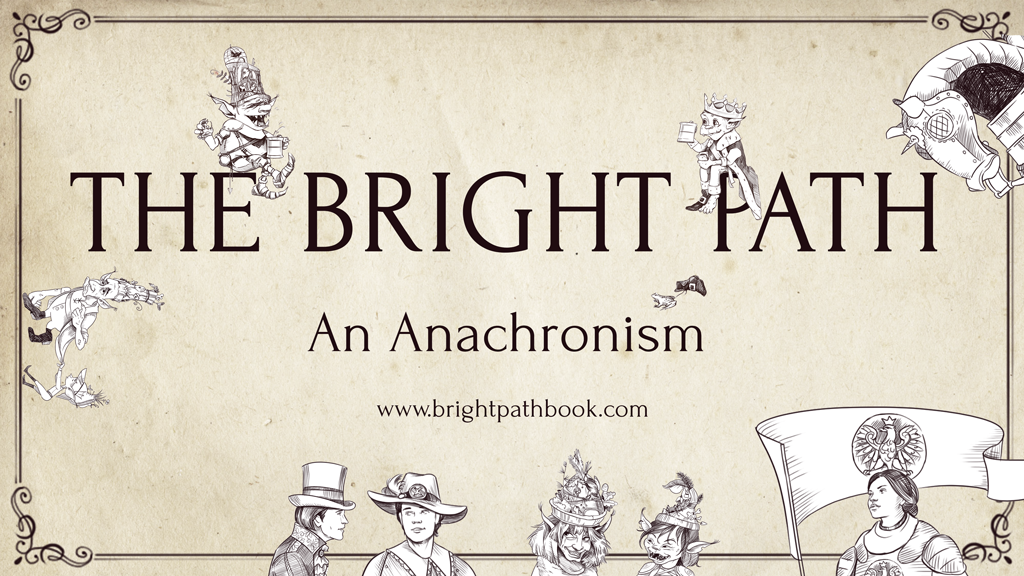 What is The Bright Path Podcast?

This podcast is a complete, end-to-end reading of my novel THE BRIGHT PATH. The novel is a sprawling science fantasy comedic adventure romance political thriller, with goblins and cannons.

Wait, isn’t this a book?

Benjamin M. Birney has been engaged in rich media storytelling for most of his life. In high school, he composed original music for the classic Mac freeware game MANTRA. At Williams College, he composed and produced his first musical, VILLAINS, with other collaborators. He then went on to create the musicals PARADISE LOST and SOPHIA’S FALL in collaboration with Rob Seitelman. He produced both shows in New York, and Sophia’s Fall was an official selection of the 2008 New York Musical Theatre Festival. Benjamin continued composing music, and also went on to law school, where he was the Managing Editor of Maine Law Review and had his student comment published. Upon graduating in 2013, Benjamin received the Wernick Prize for Legal Writing from the University of Maine School of Law.

He went on to join BroadwayHD, first as a contract Business Manager, then as Vice President of Technology and Legal Affairs, and finally as Chief Operating Officer. During his time at BroadwayHD, Benjamin’s work included producing feature-length shows for the company in cooperation with other executives, and he has production credits on 12 new media movies, of which three have won Telly Awards (SHE LOVES ME, INDECENT, and PRESENT LAUGHTER) and one has won a W3 Award (SHE LOVES ME). Benjamin was an Associate Producer of the first ever live stream of a Broadway musical (SHE LOVES ME), which was recognized by the Guinness Book of World Records as a world first.